Follow your dreams... don't give up... have-a-go... believe in yourself and amazing things can happen, in this inspirational children's theatre production they do! 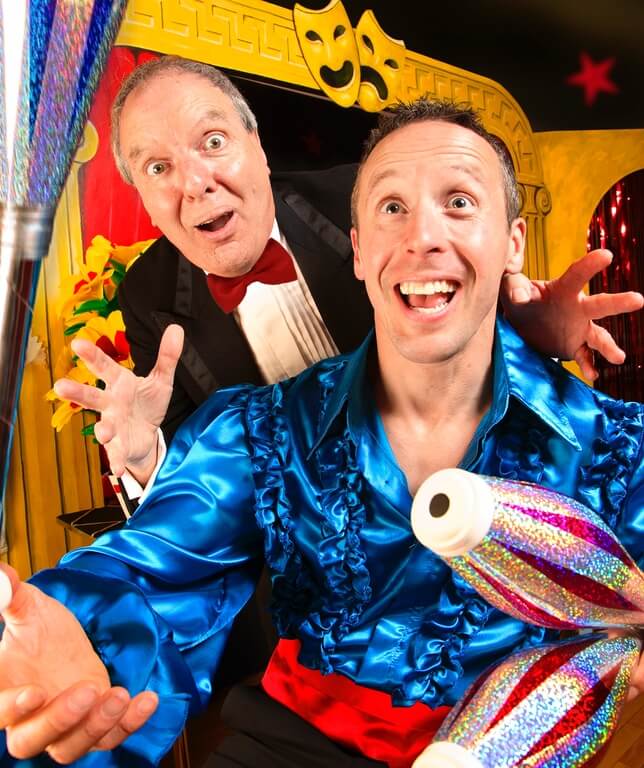 Mr Albert's Big Finish! is a unique and interactive theatre event for kids. 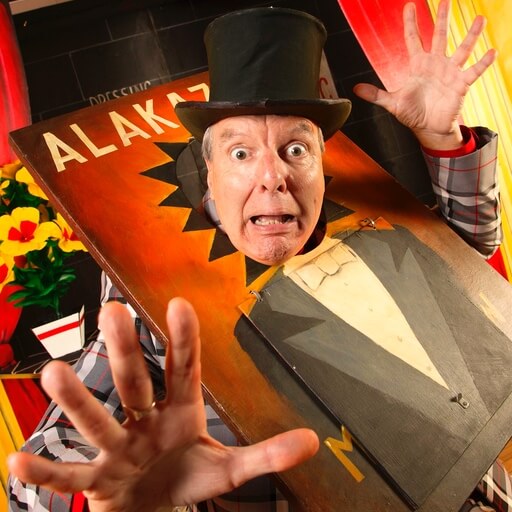 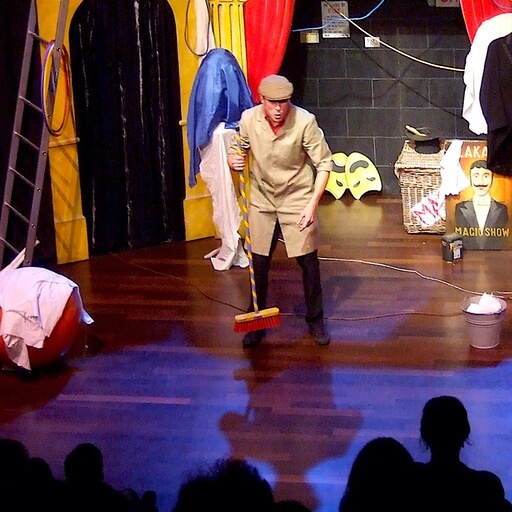 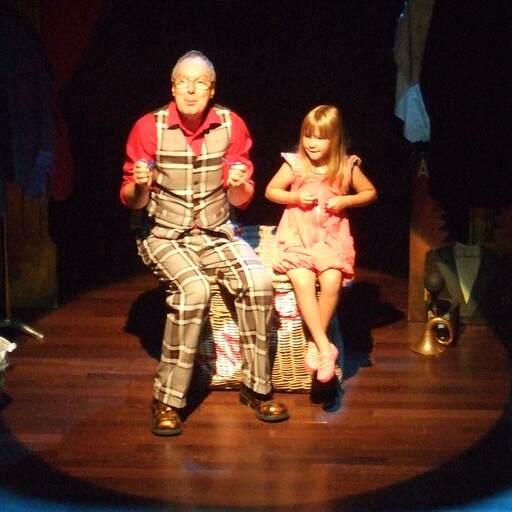 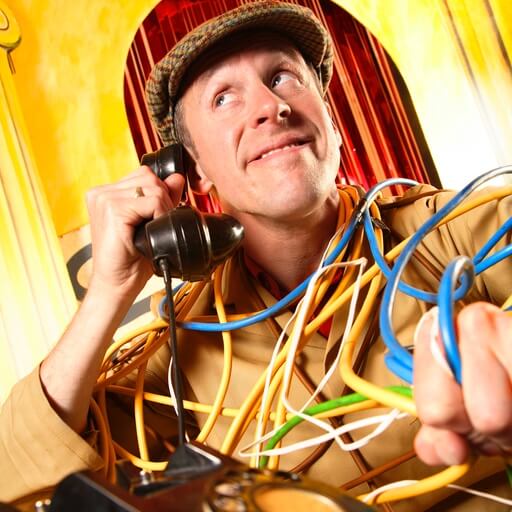 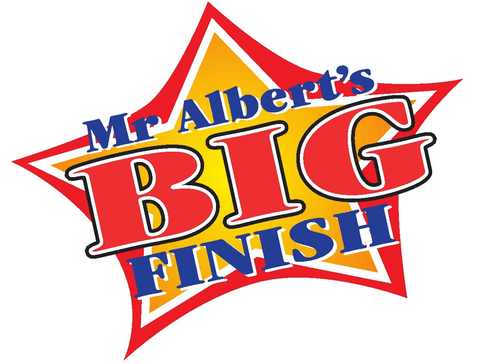 Follow your dreams… don't give up… have-a-go… believe in yourself and amazing things can happen, in this inspirational children's theatre production they do!

Mr Albert is faced with adversity, his Theatre is about to close. Charlie the Caretaker wants to save it by putting on a show, but they need a Big Finish! Will the Safety Inspector let Charlie do something dangerous? Has Mr Albert got talent and will he perform the Fastest Magic Trick in the World? Can Charlie learn to juggle in time to save the theatre?

With the help of the audience, practise makes perfect. There's loads of visual comedy and audience participation in this colourful show, set in an old theatre. It's packed full of magic and fun and with a gloriously happy ending to send out your young audiences, and their grown ups, flushed with excitement.

Mr Albert's Big Finish, devised by Jon Marshall, Steve Collison and Jamie Waudby, was inspired by their fascination with the traditional variety acts who toured the music halls and variety theatres in the golden years of variety entertainment, and by the fate of so many variety theatres that were demolished in the 1960s, or at best turned into Bingo Halls.

As in the best melodrama there is a threat from a villain, the Health and Safety Inspector, who is eventually thwarted by Charlie's determination to do something dangerous! ““I want to put my pyjamas on inside out, I want to go in the exit and out the entrance”, Charlie exclaims just before he leaps onto a huge rolling globe and attempts to balance on top of it.

Covid-19 Update: We were delighted to have visited many schools with 50 performances in November and December of our new socially distanced Bubble Show - The Big Box of Magic. We'll ensure you can still enjoy a Magic Carpet Theatre visit - bringing some fun and a touch of normality to your school in 2021. 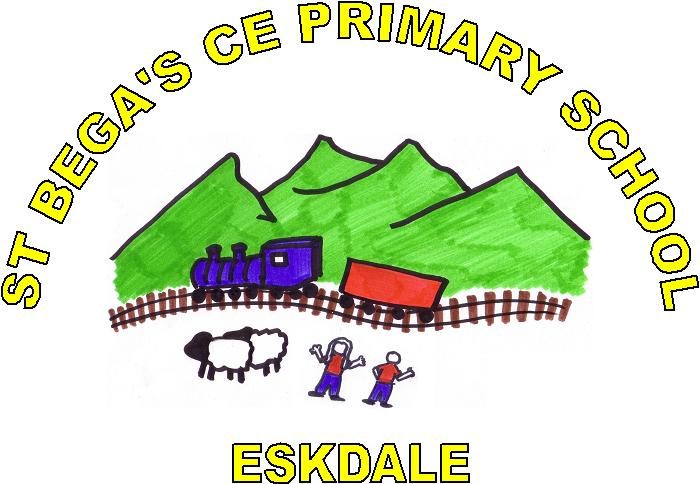 Dear Magic Carpet, Thank you for coming to our school last week. We really enjoyed watching Mr Albert's Big Finish. It was so hilarious. My favourite part was when Charlie was doing the Mexican dancing. THANK YOU! Hope you come back soon.
Joe, Year 2, St Bega's CE Primary School

Today the show was amazing, I would love to see it again. My favourite bit was the end when we saved the theatre!
Daniel and Abbie, Southcoates Primary

A full house at Blackpool's Grand Theatre for Mr Albert’s Big Finish. From start to finish the performance was packed full of slapstick comedy. It was the perfect family entertainment which had the younger members of the audience on the edge of their seats, the audience roared with applause
Blackpool Gazette 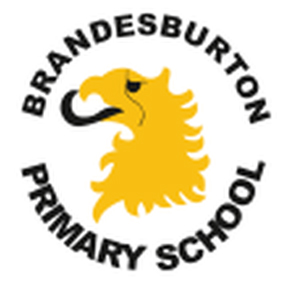 Thank you for the magnificent show, it was breathtaking. Charlie was fantastic. Mrs Gaskill had a great time laughing at all the jokes.
Finlay and Tom, Brandesburton Primary

For non-theatrically equipped Community venues and halls - we can carry a lighting rig, masking and our sound equipment.

Outdoor Venues
We are experienced and equipped to present our shows at outdoor venues.